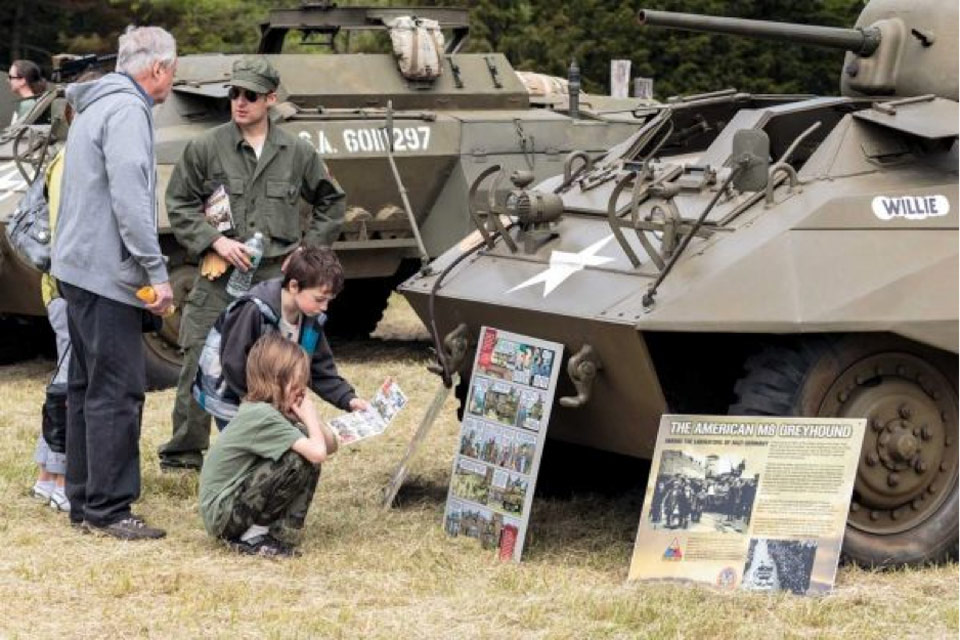 Construction is scheduled to begin Monday on the Museum of American Armor on the grounds of Old Bethpage Village Restoration.

The $2.5 million project has received another boost with a $250,000 state grant announced Friday by Assemb. Charles Lavine (D-Glen Cove).

That leaves only $250,000 needed to complete the project, but state Sen. Charles Fuschillo Jr. (R-Merrick) says he expects to obtain a $350,0000 state grant for road and infrastructure improvements to accommodate cars and tour buses.

With bulldozers set to start clearing the land Monday, the museum already has a $1 million gift from founder and military collector Lawrence Kadish of Old Westbury. In August, the Empire State Development Corp. approved a $1 million grant.

The 25,000-square-foot museum — to be erected near the Old Bethpage Village parking lot and away from the 19th century buildings — will house a total of 27 operational military vehicles, including a Sherman tank, a Stuart light tank, a 155-mm howitzer, half-track trucks, a LaSalle staff car, jeeps, weapons carriers and reconnaissance vehicles.

Lavine said in a statement, “In addition to the power of this museum to pay tribute to the American soldier, it is also an economic generator that strengthens our tourism destination industry, a growing factor in our local economy.”

Michael Polimeni, a member of the museum board, said, “This grant will help ensure that we are able to achieve multiple goals: serve as an American military tribute, operate as an educational center and emerge as an economic asset for Nassau County and the region as a whole.”